Every day I work and train hard towards being a top triathlon athlete in the triathlon world.

I am not only driven by success, but also by the fact that doing sports is a very happy and satisfying activity.

Laura hates days without any exercise

Laura does not eat any meat

Laura has climbed a 9+

Laura has started to drink coffee because of the triathlon

Laura eats a piece of cake each day

Step by step I have turned my passion into my profession.

In the beginning it was just fun: in my childhood and youth it did not look like there was a path set for a competitive sports career. Back then, I did not do much swimming, cycling, or running. However, being a Waldorf school pupil and a child from the countryside, I spent a lot of time outside in nature, but there was no connection with what I was doing then to what I call today doing sports. It was only after my registration for a climbing course and my membership into my first club, the German Alpine Club, that I started to develop my passion for sports.  This is the first time I felt the feeling of happiness triggered by physical performance improvement —my sporting ambition had been awakened.  At the same time, I discovered cycling as the optimal means of transport, as I had a long way to school (30km each way) and annoying, time-consuming waiting times increasingly stretched my patience to torment. In no time I was faster than S-Bahn and bus and I felt freer and fitter than before. — Looking back, I can say that with riding those 60km every day it helped in building up the basis for my performance capacity today without me actually realising it. My new endurance made me more and more curious and interested in other areas as well; so walks with the family dog became exploratory runs and those runs became longer and longer.

At the end of my training to become a physiotherapist, I started to participate in fun runs and swimming in order to be able to take part in my first triathlon which I even managed to win despite falling off my bike once during the race. The triathlon fire in me was ignited – I wanted to discover what I was capable of.

Looking back, I can say that I was lucky because with the Rhein-Neckar-Cup there was an awesome and challenging high-quality series that took place basically right in front of my door. Even today, the racecourses in Ladenburg and Heidelberg are still one of my favourite bike training tracks.

Every further success encouraged me step by step to become a professional athlete. With my husband Philipp, who is also my coach, I have further developed my training, my equipment, and the economic side of sports as well. A milestone for me was the inclusion in the Erdinger perspective team and two years later the promotion to the Erdinger professional team.

Today, the blue suit with the Erdinger lettering has become a trademark: From winning the RNTC for the first time; then continuing with mid-distance races and my first victories there; my first World Championship participation in Australia; two World Championship podiums the year after; and my 2018 debut in long distance in German record time is a great achievement with all of this being accomplished within 5 years.

In 2019, I participated in both the 70.3 World Championships and the legendary Ironman in Hawaii. 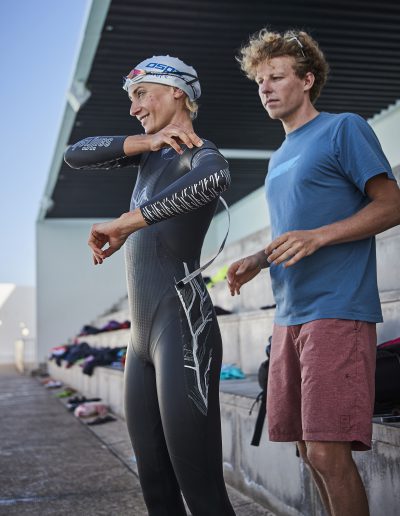 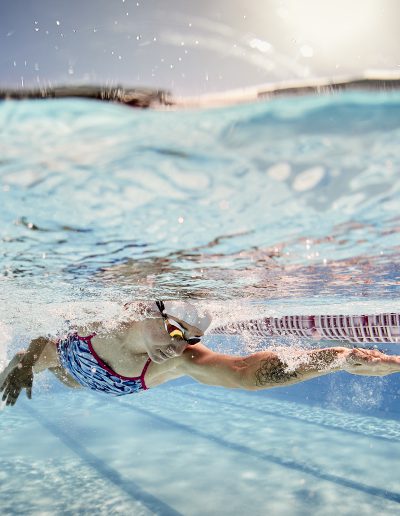 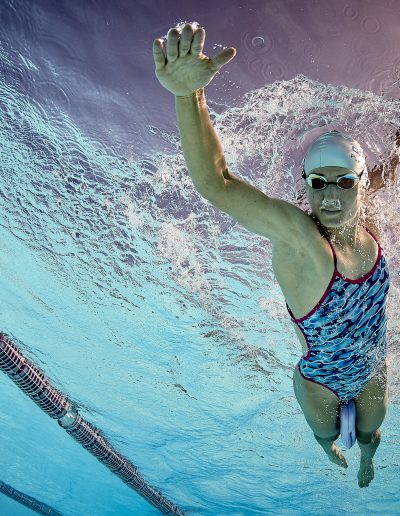 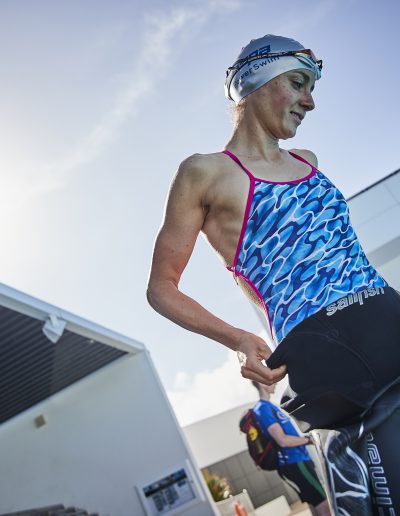 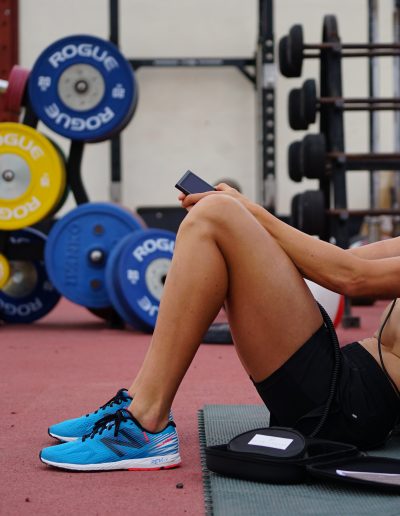